In Brazil, we sent the leaflets to the partners (UGT, CUT, CGGDH, PSI, FES, BWI and the Popular Committee of those Affected by the World Cup) and to our many contacts in the street vendors organisations of the host cities. We wrote a letter to all the newly  elected city mayors of the host cities - there are 11 Mayors who were elected at the end of October- and requested the street vendors  organisations to try and arrange a meeting with the new Mayors to hand them the letter personally.  The letter was an adaptation of the letter we sent earlier to the 84 Mayoral candidates and it contained the same set of demands which  we had already put to FIFA earlier this year.


We have received responses from the street vendors' organisations from Porto Alegre, Belo Horizonte and Salvador, who told us the good news that the Mayors had agreed to meet them!  This is a real victory as they are large cities and the Mayors have substantive powers. We have already received news from ASFERAP in Porto Alegre and Salvador about their meeting.

The mayor from Salvador has also replied to our email saying he was aware of the International Street Vendors Day,  and that he would carefully study  the letter.

In Rio, we invited the street vendors leadership for a breakfast at the Centre for Working Women (CAMTRA)  and we had a nice and informal conversation. They suggested creating a  carnival section  of the street vendors in Rio!!  We distribute the t-shirts, the leaflet and we gave our women leaders flowers in recognition of their struggle for justice.  The team from CAMTRA joined us in the conversation. 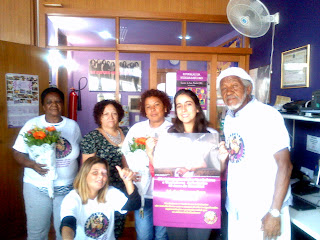 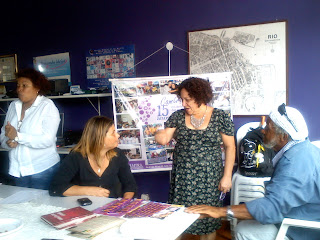 Information about the International Street Vendors Day was put up in a number of important websites: