Umbumbano Traders Alliance, an affiliate of StreetNet, celebrated last Wednesday at the Durban City Hall. The hall was packed with hundreds people who attended this event. There were songs, dances and poetry from entertainers who belong to the informal sector.
“Harassments must be immediately suspended until an agreed process is formed between Ubumbano and the various municipalities in the province,” said Mzwandile Mavula, Ubumbano Secretary.
Representatives from the local government were present including business support and the South Africa Municipal Workers Union and the South African Communist Party.

Mavula also talked about how Social Protection Floors play an important role for informal workers and traders. Countries have to commit to a sustained focus on programmes for the poorer people, with plans and budgets allocated for serious implementation.  The social protection floor was spoken about in detail and is based on a package of basic securities which is proper healthcare, food security, child care and public infrastructure.
'One of the resolutions of the meeting is for Ubumbano to have a service centre that focuses on those areas and where informal workers can visit if they need help. ” he said 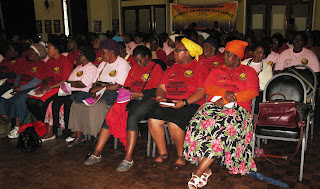 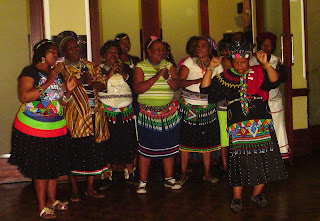